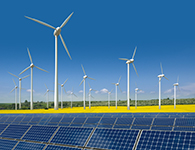 In recent years, there have been many rapid charging claims that have been advertised. There are a handful of products, when compared to conventional charging, which can claim a small decrease in charge time. Our technique far surpasses any of these products and our charge algorithm is not commercially available on the market today.

High pulse current charging causes electrolyte stratification and unequal ion concentration at the electrodes.  By reducing heat generating charge acceptance problems and electrochemical polarization, we are able to charge at exceptionally high currents.  This drastically decreases the charge time.  Our algorithm provides a pathway for the ions to disperse and the electrolyte to achieve a uniform distribution.

The following is a brief explanation of our charge algorithm. A simple graph below depicts the critical parameters.

​Our rapid charge technique is comprised of three fundamental components: Charge current pulse: The amplitude (IC) and duration (tC) of this current are depicted in red. A charge current of three to four times the amp hour rating of the battery is typically employed. Discharge current pulse: The amplitude (ID) and duration (tD) of this current are depicted in blue. The magnitude of this current is related to the magnitude of the charge current. The discharge current pulse is applied to the battery to negate the effects of electrolyte stratification and other second order effects resulting from the high amplitude charging current. Rest time: The battery current is zero and some cooling and settling of the electrolyte occurs (tR) . During the entire charging process, battery temperature, voltage and current are continually monitored and modulated by the proprietary Chargetek/PDI software and the parameters of the algorithm are adjusted in real time during the charge. For example, the industry standard charging current is based upon the amp hour (Ahr) rating of the battery and is denoted by C. If a battery has a capacity of 500Ahr, then the standard charge rate would be in the range of C/3 - C/5 resulting in a charging current range of 100 - 170 amps. There would be variations depending upon the characteristics of a particular battery. For this particular application, the charge current would be set to 2C (1000A) with a 50% duty cycle resulting in a charge rate of C or 500 amps. The discharge current would subtract from this slightly. The resulting charge time would be approximately 1.1 hours.  This charge time is two to three times faster than what would be attainable using a conventional charger. With a conventional charger, the charge current would be limited to a maximum of C/3 or 170 amps.

Chargetek/PDI offers a licensing program to those companies which prefer to utilize this technology and manufacture their own charging system. Chargetek offers a consulting arrangement where we can work with your engineers to design either an embedded or standalone product. 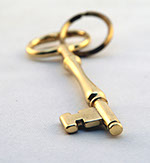 Chargetek can design and manufacture a charger based on your specifications. Due to the many variations and applications of rapid charging, we do not yet offer many standard products. However, based on our experience, the design cycle and time to production can be relatively quick.

Recently, the battery charging industry has seen numerous rapid charging claims of breakthrough performance. Finally, there is one that truly is exceptional and outperforms anything currently available. In partnership with PDI, Chargetek has developed the only true rapid charge solution. We can safely charge up to 80% of battery capacity in 20 minutes. Based on proven patents, chemical analysis, and confirmed with extensive testing, there is no doubt that our technology outperforms anything available on the market today. Please review our rapid charging article articles in ABT (see pages 6 and 7) and in EDN and email us at ctwarpcharge@chargetek.com with your questions and inquiries.